Captain Arjun hosted a nice game for Martin and me this weekend, pitting the Macedonians against my Polybian Romans.

The Macedonians had to cross the river (from north of the map) at three fording points to deploy, while I started with half a legion holding a hill in the middle, and the other one and a half legions arriving in march column. It was a rush to deploy for both sides (as you can see in the top left image of the montage, below), but eventually we brought most of our forces to bear. I managed to form a defensive line across the three hills in the middle of the map, and eventually wore the Macedonians down enough to force a morale break. 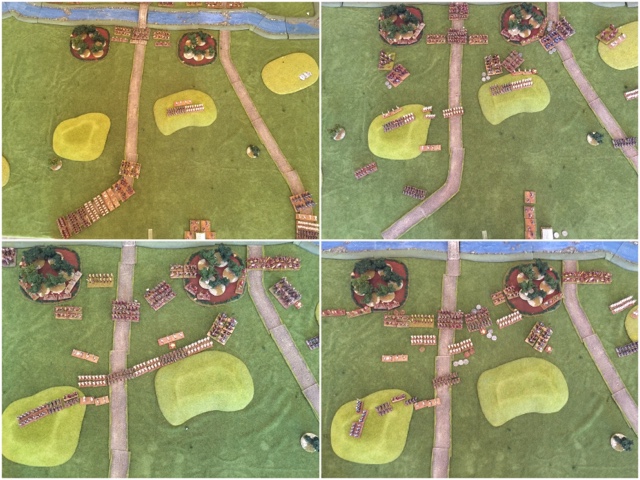 Here you can see the Macedonian army massed on the right, waiting to cross the river, while half of a legion occupies a hill on the left. 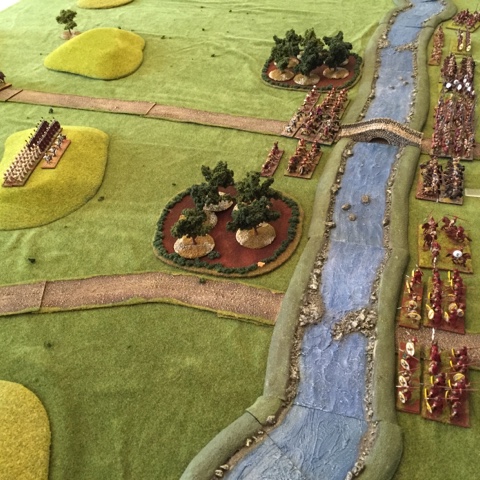 Another view of the beautiful massed pikes waiting to cross the bridge. 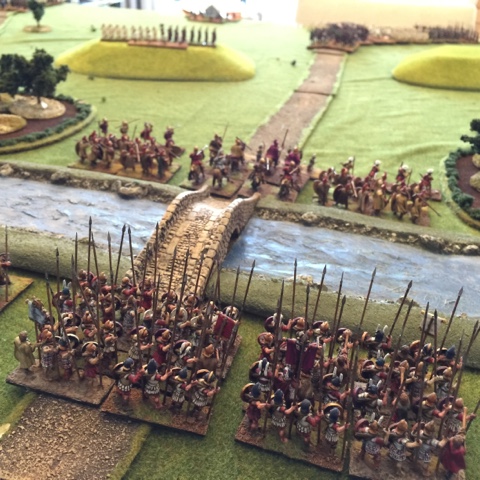 The march column rushes to enter the map and deploy in line. 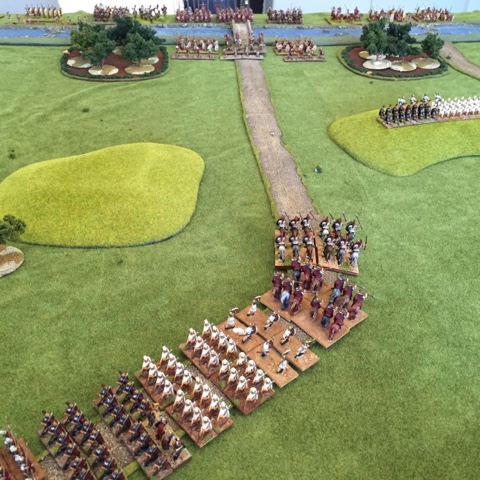 The leading element were allied Spanish Cavalry, who, after a shaky start, punched well above their weight for this game. 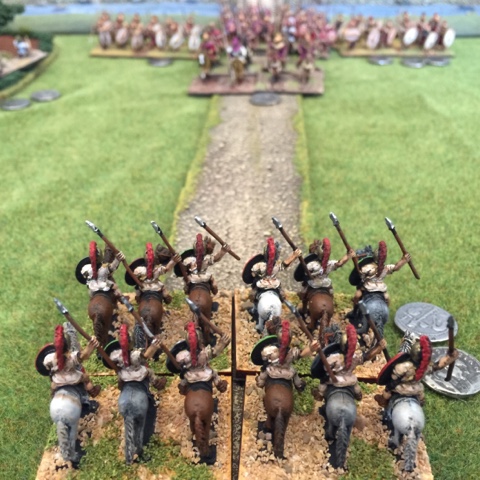 The final clash of pilum against pike. 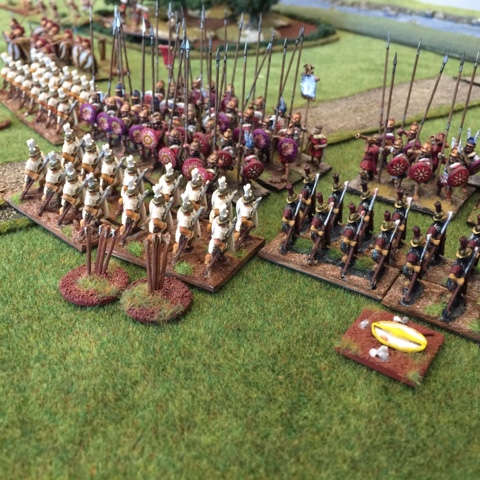 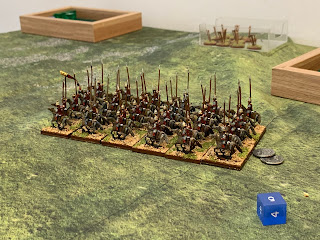